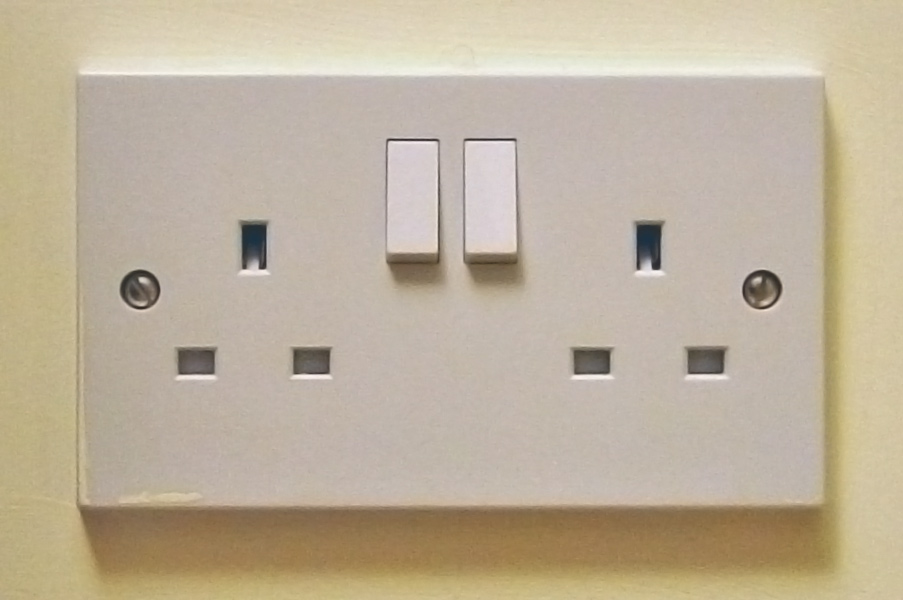 When a plug socket stops working, it’s highly inconvenient. But it is important to ensure the fault is identified and fixed as quickly as possible to keep you safe.

Here is a handy guide to some of the main things that can go wrong with plug sockets, and what to do if this happens.

If just one socket isn’t working

If there is only a single socket not working, it could be a faulty socket. The first thing to do is turn off the power to the socket.

Are there any visible signs of damage or discolouration on the socket? If so, the socket is faulty and needs replacing. If not, the socket will need to be removed from the wall so the wiring can be inspected.

The most common faults found within plug sockets are loose wiring connections, or an inner conductor which needs reconnecting. Both of these faults need to be looked at by a professional electrician.

If more than one socket isn’t working

Most problems with multiple plug sockets not working are caused by the Residual Current Device (RCD) “tripping” – in other words, cutting out. An RCD is a safety switch which is designed to cut out if an electrical circuit is drawing too much power and becomes unsafe.

The problem could be caused by the RCD itself – for example, it could have a current rating which is too low for the amount of electricity it is being expected to handle. Poor quality RCDs are also prone to tripping when they shouldn’t.

However, RCDs are extremely stable, so they are rarely faulty. If the problem is not the RCD itself, it could be caused by one of many scenarios. Here are some of the most common reasons why RCDs trip and plug sockets stop working:

A faulty appliance can trip your RCD and cause a number of your sockets to stop working. If this happens, unplug all your electrical devices and reset the RCD. Then plug each appliance back in one by one, resetting the RCD after each one. This will enable you to identify which appliance is faulty and needs replacing.

Electrical devices which use motors or pumps, such as an electric shower, can cause a “spike” in electricity when they are switched on. In some cases, this can be enough to trip the RCD.

Faulty timers and thermostats in central heating and water heating systems are a common cause of RCD trips. A faulty defrost timer on a fridge or freezer can also have this effect.

Moisture can get into your electrical wiring and cause your RCD to trip. If your sockets fail after you take a shower or empty a bath, or when it has been raining, you probably have a leak which is allowing moisture into the wiring.

Outdoor sockets are particularly vulnerable to moisture. The weather seals need to be in good condition and functioning properly so rain can’t get into the socket.

Certain parts of washing machine and dishwasher cycles use a lot of current, which can be enough to cause an RCD to trip.

If you overload your washing machine, there is a higher likelihood of this happening, as the machine is having to work too hard and use more power to cope with the excess weight.

What to do if a socket stops working

All electrical work should always be carried out by a professional, experienced electrician, as electricity is highly dangerous. If any of your sockets stop working, contact Brightlec, and our team will investigate the fault as promptly as possible.