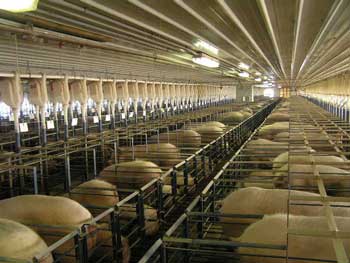 04 May Renewable energy technologies used in the agricultural sector

Out of all industries, agriculture has been the biggest beneficiary of renewable energy technology. There’s no secret or complicated reason as to why either: farms have acres of space (literally) to install the equipment needed to generate energy, whether it’s a windmill, a series of solar panels or just a biomass generator.

Farmers have also been incentivised to adopt renewable energy technology. The goal is to make agriculture a ‘net zero’ industry within the next fifty years, which means balancing the production of carbon emissions with their removal.

Sounds like a pipedream, but it is possible with widespread change to the way farming is performed and how the agricultural industry invests in technology.

Changes to land use (restoring or creating natural carbon sinks – which is also good for wildlife) and increased adoption of proven renewable energy technologies is the way to go about achieving the net zero goal in the immediate future.

Here are the technologies that can achieve that:

The most obvious technology is solar. Farms have acres of space and also barn houses and outbuildings with large, blank roofs. Solar panels can power the farm itself and generate an enormous surplus of clean energy outer field. Solar is one of the most cost-effective forms of renewable energy and the panels are always improving.

Many people hate the appearance of wind turbines but there is no doubting their effectiveness at generating clean energy. This energy can be used to pump water, generate electricity and even power local villages in rural areas. Large wind turbines can be placed in fields, small wind turbines next to the farmhouse.

Most farms already make use of this technology in some way. Biomass (usually crop residues) is used to fuel electric generators and other machinery. This does produce emissions, but it is cleaner than relying on the grid. Biomass can also be converted into biofuel which is used by several bus companies.

An air source heat pump transfers heat from outside to inside a building, or vice versa. With an efficient setup, it’s possible to create a farmhouse without the need for a traditional central heating system. These systems need to be electrically run, but they produce around 20% more useful energy than they consume.

A ground source heat pump also transfers heat from outside to inside a building, or vice versa, but instead of doing so from the air, it does so from the ground. It uses the earth as a heat sink. This is highly efficient because the earth isn’t prone to temperature change (or at least, not down at the level the pump is buried).

The agriculture sector currently contributes 10% to UK greenhouse gas output, which is less than residential at 15% and business at 17%, but still high.

By making use of these renewable energy technologies on your own farm, you can reduce your carbon footprint considerably.

From a business standpoint, investing in renewable energy technologies makes sense for agriculture more so than any other industry. If you would like to find out more about any of these technologies, please contact us.