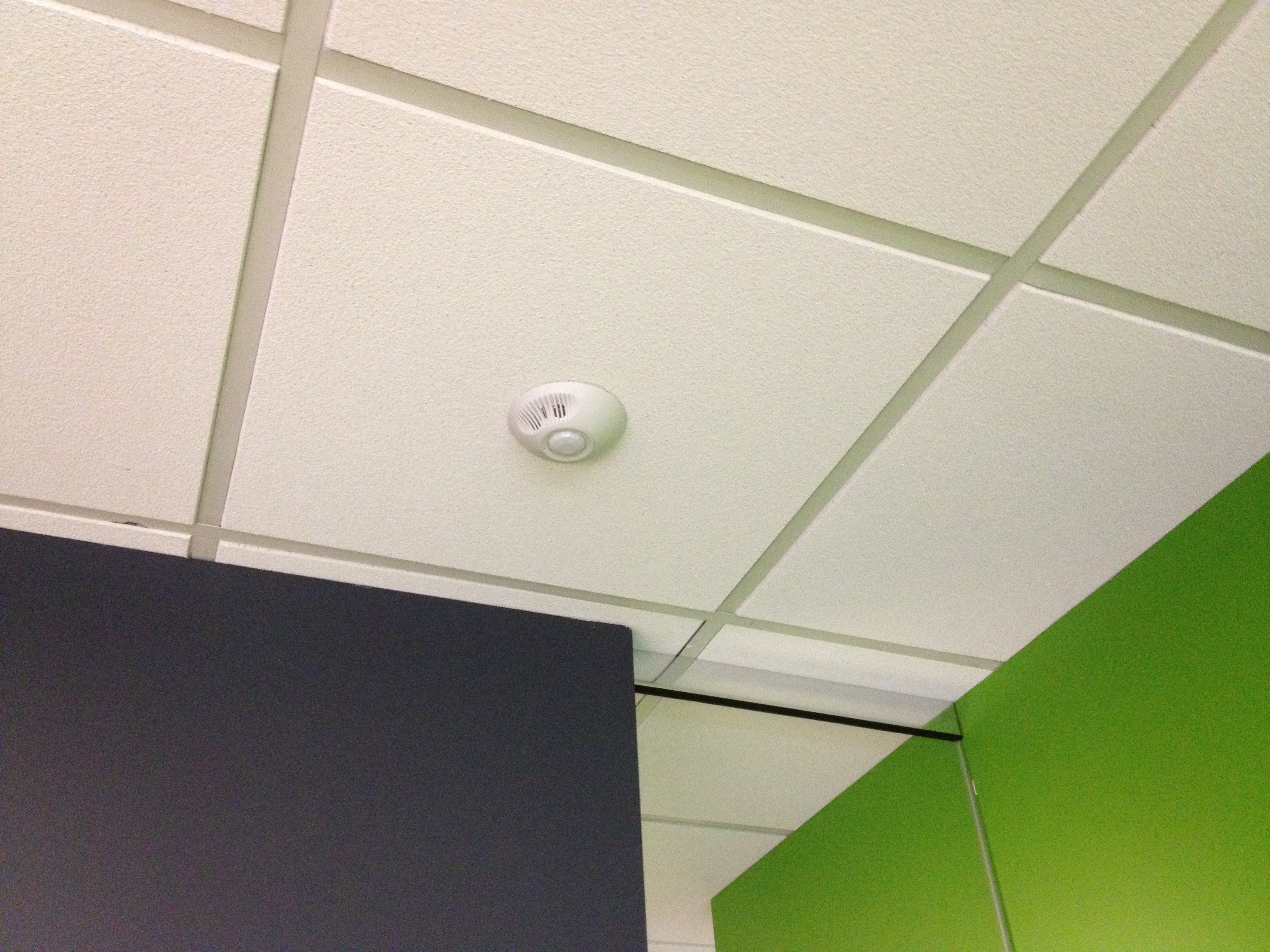 22 Dec Can Occupancy Sensors save me money?

What do dimmer switches, LED light bulbs, and timers have in common? They all improve energy efficiency or reduce energy waste.

If your business is looking to improve energy efficiency and save money, another technology you can invest in is motion detection with occupancy sensors.

Occupancy sensors detect indoor motion. They are most commonly used to automatically control lighting. They replace existing light switches, and are motion-activated, so require no human input to operate. Most occupancy sensors in a lighting application use passive infrared technology, which is best for detecting major motion, such as a person walking into a room. These sensors are also relatively affordable.

A study by the Environmental Protection Agency in 2001 found that occupancy motion sensors can reduce energy waste by as much as 68 per cent, and increase energy savings by as much as 60 per cent. Carbon Trust also recommends occupancy sensors, stating that they can help reduce electricity use by 30 per cent.

So, when it comes to the question of saving money, research suggests that occupancy motion sensors do lead to energy savings.

Indoor motion lighting is also virtually maintenance-free. Some products require no maintenance for several years, while others simply require an annual inspection. These systems are also extremely reliable, require no wiring depending on your existing electrical system, and can be placed anywhere in any room.

Occupancy sensors are widely used in commercial buildings such as office blocks, apartments, restaurants, and retail stores. They are ideally suited to applications where light is not required all the time. By automatically turning off the lights when no human presence is detected, occupancy sensors reduce energy waste.

To be as effective as possible (i.e. to turn on and off when they should), occupancy motion sensors must be positioned correctly. For this, you may need a professional design and installation service to maximise the system’s effectiveness.

If you’re interested in occupancy sensors and the potential energy savings they can bring, call us on Freephone 0800 9788 168 or on 0113 8941 968 to discuss design and installation in your commercial property. Alternatively, send us a message from here.