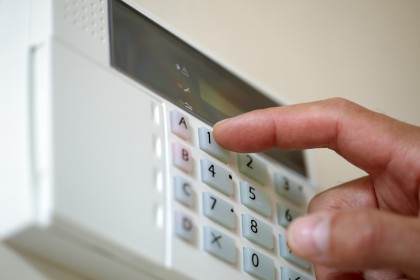 Posted at 17:28h in Alarms by brightlecelec 0 Comments
0 Likes
Share

It doesn’t take a genius to tell you that securing your business premises is one of the most crucial things you can do to protect your business’ future prosperity. 2014 crime statistics show that burglary of wholesale and retail premises hit 4,500 during the year, and though the losses vary from business to business, the damage is incalculable.

Naturally then, if you’ve got business premises, you’ll be thinking about protecting them from the nefarious actions of criminals. One of the most common questions we’re asked at BrightLec regards wireless alarm systems, or more specifically, their reliability and suitability for businesses. So, let’s take a look.

This is perhaps the most crucial aspect for any business, for some very obvious reasons. In the past wireless alarm systems had something of a bad reputation for lacking the rock solid reliability that alarm systems need in order to effectively protect your home or business.

Well, the good news is that wireless burglar alarms have made huge leaps in reliability. Models available on the market today from the big manufacturers are extremely secure, although it’s fair to say they aren’t without flaws.

True, whilst there’s no such thing as a completely flawless security system, wireless alarm systems do have something of a fundamental flaw – their wireless nature. As a CNET investigation proves, these wireless alarm systems can be susceptible to signal jamming attacks. Though many feature notification services to alert you if they’re being jammed and many others feature systems designed to maintain operations such attacks.

The security of wireless alarm systems has been damaged by low cost systems built for the home market, which don’t often come with the latest security measures and have been known to be susceptible to hacks. Mid and high end wireless security systems are both remarkably reliable and also secure from all but the most targeted and advanced techniques.

Are they suitable for businesses?

In a word, yes. High end wireless security systems are just as secure as their wired counterparts, though they often sometimes cost more initially, set up costs tend to be lower thanks to the smaller amount of structural and electrical work that needs to be done to fit them.

Wireless alarm systems have another advantage in the fact that they’re easier to scale across large buildings. Extending your security system is a relatively simple affair, all that’s needed is the installation of a new detector and for it to be programmed into the existing system.

Ultimately though, the decision rests with you. Both wired and wireless systems offer strong protection for your business, so it’s down to you to figure out what will work best for your business.